Oh ji main kiha, he is the one and only, world famous animated Sardarji school teacher who made regular appearances on Channel V from the late 90's to mid 2000's. Jab dekho toh he was surrounded by his class students who looked suspiciously like sneaky little rats in blue and white uniforms. He was total champion character in life, and especially entertaining during his brief visits on celluloid.

Ferociously yelling "BOIZZZZ!" whenever he caught his male students doing some khurafati, telling everyone with any doubts to "Ask the Pankazz" ( the Pankazz ... Umm ... the Pankaj was class topper), going Pure Vezz (Veg) for the cause of PETA (All Sardars fainted off in Punjab when they heard the news), and of course, forever enforcing his favourite punishment of "Haath upar karke kharey ho zaao!"(Stand up with your hands above you!) on the ratty bratties in his class - this is what one and all loved about him. But his besht dialogue had to be the one heard everytime his unruly class started giggling uncontrollably, "Bhai, zoke kya hai? Vat's the ZOKE, hain???"

What Lola Kutty was to the Mals, Simpu was to the Surdies - a chance to double up with mirth at seeing their own unique mannerisms, unconscious habits and amusing accents enacted on tv. And that too in cartoon form! (Beat that, Lola)

Simpu was inherently lovable, if a bumbling and somewhat naive chap, (the name Simpu is derived from 'Simple') and folks have been trying to get Channel V to make him come out of retirement for years. Sources say he has found an inexhaustible supply of aloo paranthas and aam da achaar and only the Pankazz knows his secret location, rumoured to be somewhere near the Zzalandhar. Neerazz, Loveleen and Harpreet have been trying to worm it out of that mugpot, but he refuses to divulge any information.

Sodhi Sir, wherever you are, we all love you and miss you and now there is no one telling us to stand with haath upar karke. Bahut ho gaya Sirji hunn tussi wapas aa jao. If you are still wanting Pure Vezz food you can move to the South (just not to Kerala. Why? Sodhi ji, ab yeh mat poochiye)

*Simpu Sodhi has consented to come out of retirement and is teaching Samosapedians. Suddenly a paper plane flies from somewhere in the class straight into sir's big nose. Backbenchers are the first to be blamed, as always*

*Poori, Minkey Chief and Ryanlobo freeze in their tracks in the last bench. Sodhi Sir has forgotten that Poori is a girl. Ryan has been caught with another paper plane in his hand and is instantly incriminated*

Ryan :"Sarr! That is not my plane sarr! That plane is made with ruled paper. I don't have ruled notebook only!"

*Suddenly Arun realises that Surdie Birdie is the only one who uses ruled paper. He starts giggling and is instantly caught*

All persons referred to here are fictional hehehe :) 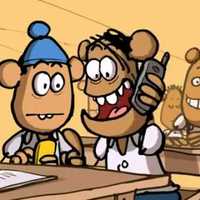 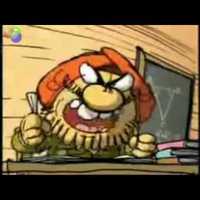 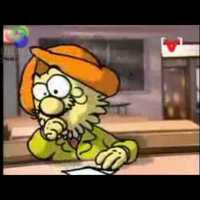