It is supposed to be a combination of the English letter R and Devnagri letter र.
There was full competition and all for designing the symbol and as it happens in competitions some IIT guy won and we got this symbol.
Just like we in India believe that we deserve a permanent place at the UN Security Council, we have other aspirations too. Main one being that the world take us seriously, which is a hard sell in it self, what with bollywood trumping everything.
So in our pursuit of seriousness, we needed a symbol for the rupee and we got one.

Bata Manager to all bata pricing workers - Behen chodo! Gather around, apparently the government has decided that writing Rs. or Re. is not good enough in our pursuit of seriousness and has come up with this symbol ₹, so that we can gain some credibility. So go unbox all the shoes and change the tags with new ones which says ₹. And remember, what do we say at bata? 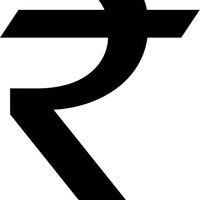 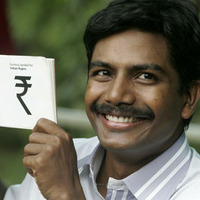