In general, there are very few brands that can remain relevant across a long time horizon. The brands of my childhood such as the Amby car, Thums Up, Gold Spot, dettol soap or Liril all seem old, quaint and anachronistic when mentioned in modern India. There are a few exceptions. Parle-G is one such exception.

Parle - G has been around since pre-Independence India; when India gained independence, it was marketed with pride as an alternative to British biscuits. Its iconic wrapping paper and androgynous baby mascot (her name is Gunjan Gundaniya itsimps) is instantly recognizable by every Indian.

It is also a cheap and best snack - the price has stayed around 4 Rupees for several decades. Consumed by sofa sadhu's about to launch into a diatribe, hypoglycemiic fellows getting irate during traffic jam, fat uncles with low BP, little babas whose overprotective mummies believe it has essential nutrients (G for Glucose, G for Genius!) and by aam admi when its time to chillax and Time Pass!

It is truly central to the fabric of everyday life in India (like the samosa)! bringing joy, 3 minute diversions and even strength (Parle-G sponsored Shaktiman) to over a billion people!

Appa: Chulbul is crying again and again...i think he is hungry what should we give him?
Amma: Lets give him Parle-G gluco biscuit or one tight slap!

Perfect! :D
But Appa should have said, 'Chulbul is crying and crying ..' 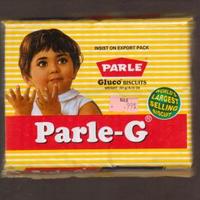 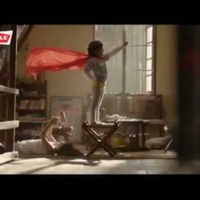