In India, we don't need Zombie movies to fuel our inner - macabre selves. We have the living dead. Quite literally. These are people biologically alive but legally dead. The way it works is that people can pay off corrupt gorement officials to "declare" other people dead; at which point they execute some ghastly and mercenary plan such as seizing their land etc.

If this is not absurd enough, its very hard to prove that you are alive once dead! Showing up to court and acting alive won't help. For example, there was a guy called Lal Bihari who after being "dead," tried all methods of proving his "aliveness" such as running for parliament, getting arrested, threatening to murder people, doing sussu in public etc. and only after 18 years did "dead" status get revoked!

After winning his case, he decided to emancipate other alive dead people and went on to found the Association of Dead People ("Mritak Sangh" in Hindi). To be a "Mritak" therefore is to be one of these people.

Rohan: I see dead people
Lal Bihari: That is correct!
Added 2013-06-07 by Dishoom Dishoom
Add an Image
Add a Video 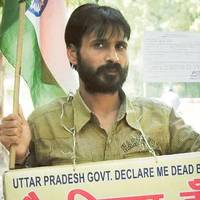 'Dead' man in India must prove he is alive 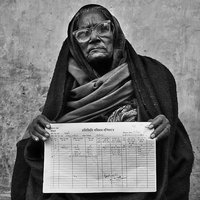