The legendary reality of underground lottery in India. Draws everyday. The poor and the criminally initiated are the usual addicts. The whole operation is rumored to reach tens of crores of rupees each day.

You pick your numbers in a 'nothing-out-of-the-ordinary' cigarette shop or tea shop, or wherever and pay up. No matka agent is publicly known to be one. The shop owner agent will note your identity and the chosen numbers in his own code and style. Even you won't get to see it.

You trust matka and its agent absolutely-absolutely!

The matka system runs on front wheels of trust and fear, back wheels of ignorance and unemployment with a reliable spare wheel which is politician-police-underworld nexus.
The engine obviously is human greed.

The result of the daily draw is announced at Bombay, the national headquarters of the matka system ( no one knows where, in the megalopolis) in the early hours of the morning. The results travel to all parts of the country via long distance phone calls and gets conveyed to each and every agent in minutes. The results are said to be displayed in codes variously as innocuous graffiti or a simple sign at a store or on movie posters.

Jose Jamal : " I don't know everything, but I know for sure Kunju was penniless while he was running the magazine stand. He hardly made any money. But, after he shut that down and started the tea stall near the slum, he bought a big house and two cars. I suspect he has got involved in matka or something of the sort."
Added 2011-09-12 by I love Dtool
Add an Image
Add a Video 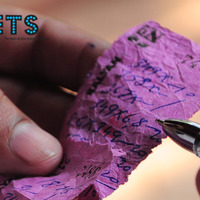