India has a long and storied history of misunderstandings as they relate to bananas. Rajiv Gandhi used to say "ye banana hai, woh banana hai." South Indians who did not speak Hindi were always mystified by the prime minister's vociferous speeches about bananas. Bananas have made a come back and entered the political lexicon again in new and strange ways. This time it is from Robert Vadra, the porki son-in-law of Sonia Gandhi (something about bananas and Gandhis). How he managed to pataofy a Nehru-Gandhi scion and marry into India’s most powerful political family, will be material for another entry.

Simultaneously displaying an alacrity with social media and a missing pre frontal cortex, his Facebook status recently read: Mango people in Banana Republic.This was his response to very real corruption charges ("defamatory" itsimms) against him. The mind boggles.

"Mango people" we all know is a literal translation of aam aadmi or the "common man." But why "banana republic?" Did he eat too many alphonso mangos that caused him loose motions? We think it is a not-so-abtruse reference to politically unstable countries. He has since taken down the FB status message. So when accused of corruption, alienate the common man and liken the whole system to plutocratic failed nations. That will work.

While this story unfolds, Samosapedia advises all to make mango-banana milkshake.

"Today Robert Vadra has written 'mango people in banana republic' on his Facebook page... it is ok to call us mango people or aam aadmi but referring to the country as a banana republic is shameful"
Added 2012-10-30 by Dishoom Dishoom
Add an Image
Add a Video 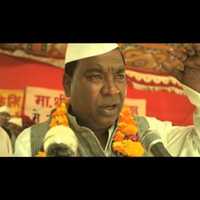 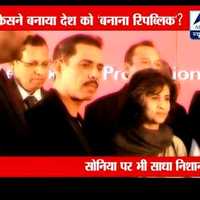