The Jan Lokpal Bill is an anti-corruption bill drawn up by prominent civil-society activists of India, like Justice Santosh Hegde (former Supreme Court Judge and present Lokayukta of Karnataka), Prashant Bhushan (Supreme Court Lawyer) and Arvind Kejriwal (RTI activist).
Retired IPS officer Kiran Bedi and other respected members of civil society like Anna Hazare, Swami Agnivesh, Sri Sri Ravi Shankar, and Mallika Sarabhai are also part of the mass movement called India Against Corruption (IAC). Its website describes the movement as "an expression of collective anger of the people of India against corruption’’. Of which there is plenty.

The Jan Lokpal Bill envisages an institution called the LOKPAL at the centre, with LOKAYUKTAs in each state.

Like the Supreme Court and Election Commission, they will be completely independent of the governments. No minister or bureaucrat will be able to influence their investigations, since it’s members will be appointed directly by the Lokpal.
If this Bill is passed in Parliament, cases against corrupt people will not linger in court for years on end anymore; investigations will have to be completed in one year. The corrupt politician or officer WILL cent percent be sent to jail where he will wear striped chaddis & nicely eat ragi muddhes for a few years. The loss that the convicted person has caused to the country/ government will be recovered from him at the time of conviction.

If the work of any citizen is not undertaken & completed within the prescribed time in a government office, the Lokpal will impose a financial penalty on those guilty officers, which in turn will be given as compensation to the complainant. It will have complete powers and machinery to independently investigate and prosecute any officer, judge or politician. It will also be it's duty to provide protection to those who are being victimized for raising their voice against corruption.

In short, the reverse of everything that’s been happening in India since we fought so hard & won our Independence on August 15th, 1947.

The government is refusing to allow the IAC’s Jan Lokpal Bill to be passed. Reason? It has already formulated its very own Lokpal Bill. First class plan! Only problem with THIS bill is that the Prime Minister, 95% of the government officers (IAS officers, Secretaries, Class A government officers…basically everybody except clerk Muniyappa from Horticultural Dept & pyoon Nagarathna from Corporation office) the judiciary, government bodies like the PDS (Public Distribution System) etc etc are:

The millions who support the Jan Lokpal Bill & IAC feel that this version is an insult to our collective intelligence & defies logic. Its just not on.

To fight for the implementation of the IAC's Jan Lokpal Bill, Anna Hazare will restart his fast unto death on the 16th of August.

Anna Hazare will restart his fast unto death on the 16th of August if the Lokpal bill is not passed by the Parliament of India by 15 August, our Independence Day.
Added 2011-08-12 by poori
Add an Image
Add a Video 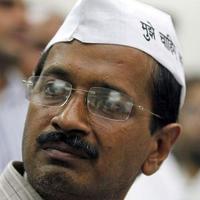