The Indian Premier League.
It is the domestic T20 cricket league in India. The structure is most similar to the NBA, like which the teams are owned by a mix of celebrities and industrialists. Also like the NBA it has a league phase and a playoff phase and some of the highest salaries and the shortest season in International sports.
Unique to India, the teams although owned by serious business people with serious money, are publicly 'managed' by their children (Bangalore, Deccan), brothers (Pune, Delhi), wife (Mumbai), son in law (Chennai) or minority celebrity stake holders (Punjab, Kolkata and Rajasthan).
Originally conceived by a certain Lalit Modi, but like any Indian success story 'inspired' by Subhash Chandra's Indian Cricket League (ICL). Modi was then kicked out and some team got cancelled because someone who was sleeping with a senior government minister had a stake in that team.

Every once in a year for two months, the country led by the shrill mediawallas gets into a frenzy when it is obligatory for the TV to be switched to the channel showing the IPL matches. Some random scandals emerge ranging from match fixing to the outraged modesty of women to Chris Gayle stripping and doing pelvic thrusts with minor starlets to Shane Warne's, SRK's and Ganguly's midlife crisis and meltdowns to sweat equity to pub kulcher, to Russian, American and South African (the white kind obviously) girls gyrating in front of sex starved audiences, to our Parliamentarians questioning the existance of this western things, to the lack of maryada and such other sundry 'scandals'.
Despite all the criticism, in an entertainment starved country like India where only movies and politics dominate conversations, the IPL with all its tamasha is a welcome break.
Besides it's made many people very rich.

Beta - Check out those cheerleaders! 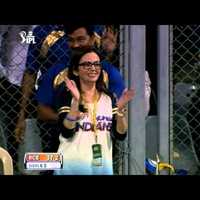 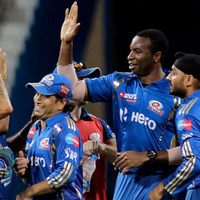