Black Money is an unfortunate but important component of India's economy. It is a commonly used term for unaccounted money that passes between parties unofficially.

Black money is technically illegal but very much part of the corruption culture prevalent across India, South Asia. For example a land sale will have Rs. 10 Lakhs (Rs 1 million) paid in white and Rs. 40 lakhs (Rs. 4 million) paid in black. The black component is off the books and no tax is paid. The parallel "black economy" of India runs into hundreds of billions of rupees. It is also a key part of election financing. 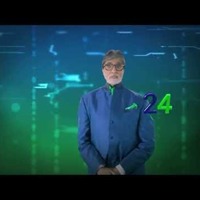 Big B and Bank Deposits