The original G, the coolest cat around. Much before American rappers knew what bling was, he was pimping it, making mad beats and just being wickedly awesome. West Bengals second best gift to the nation after monkey caps.

Shaniqua - Aye, look at the bling Rick Ross be rocking yo!

Paneerselvam - Lol, you haven't seen Bappi Lehri yet? He was doing this in the 80s. And he is so awesome that he named his son Bappa Lehri and his daughter Bippi Lehri, no one can beat that. 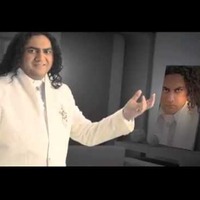