To say that a choultry is merely a marriage hall or an event space would be doing it grave injustice...nay, this is the domain of grand ceremonies of theatrical proportions (along with the accompanying foibles). Kings, VVIP's and Kollywood/Tollywood/Bollywood actors & actresses have all endured millenia-old Vedic rituals in these hallowed halls, which are equal parts King's Palace, Holy Temple, Banquet Room, Sacred Garden, and Bath House.

The average Indian's first exposure to a choultry starts days before (or if you're lucky and the hosts are exceptional planners, a few weeks ahead) when a stiff cardboard booklet with impressions of Hindu gods & godesses, inlaid gold or silk, an intricately woven tassled bookmark attached, and a loosely-attached translucent piece of folded paper otherwise known as a wedding invitation, arrives in the mail, requesting the pleasure of your company at their doorling son/daughter's muhurtha.
Once opened, a barrage of titles, salutations and acronyms greet you - Hons., Sri, Srimathi, Rev., Lt. Col., etc.
Further down in fine print you are likely to see something like Sapthagiri Choultry, 2, off Old Madras Road, opposite Yeshwant Chambers, behind NGEF, EG Puram, B'lore 54.
Putting your astute Robert Langdon skills (see author: Brown, Dan) to use and with a little help from Google Maps and your driver Hariharan, you discern the location of the most auspicious matrimony. An opportunity to majaa maadi!

On the big day you set out with your parents, in-laws, nieces & nephews, neighbors and friends to partake in the feast at said choultry. Upon arriving you are seated in the main wedding hall while observing a slightly disheveled priest with a ponytail and pot belly loudly chanting undecipherable Sanskrit verses while pouring ghee into a pyre and puzzling the bride and groom along with most people in attendance. In between the daylong rituals occasional bursts of a bevy of musical instruments fill the air - veena, manjeera, ghatam, dholak, and the singularly most jarring instrument known to man, the nadaswaram...known to bring elephants to their knees.
After a few rain showers of rice, nuts, sweets, ekc. hurled by the crowd on the married couple you are ready for the main event, the saapad or traditional South Indian meal. For this, sections of the crowd make their way into an adjoining area of the choultry where an army of servers bearing buckets of culinary goodness await, ready to splatter your plate or banana leaf with the day's specials.
Post-meal, you make your way into the outdoor wash basins and bathrooms, bemoan the lack of soap or towels, and head back to the main hall to pay your respects to the bridal couple and their families.
Then comes the wait - the greeting lines would put voting booth lines to shame, but when you get your chance you make a quick dash for the altar, remove your shoes, wish the louly bride & groom, take an awkward picture with the starving couple, and then scurry off for filter coffee or chai in yet another adjoining enclosure of the choultry.
Once done and after you've exchanged pleasantries with the bridal party, their grandparents, their grandparents friends, colleagues, and random government officials, it is time to depart with a full belly and a mouthful of supari or saunf, only to repeat the process next month at another choultry. In a land of over a billion people, weddings are aplenty!

Sathya: Did you see Sanjeev & Sunita's marriage invitation arrived yesterday?
Sowmya: Yes baba, was it a lou marriage or arranged marriage?
Sathya: God only knows. When I asked Amma she told it might be an exchange marriage. Where is Sapthagiri Choultry?
Sowmya: Oof! Isn't that far away, bang opposite Yeshwant Chambers in EG Puram? Hope it isn't bejaar!
Added 2013-01-14 by Yain Maga
Add an Image
Add a Video

In the days before photocopying a.k.a. Xeroxing and computers, mass printing/producing paper materials involved either carbon paper and a typewriter (many times over with a patient and accurate typist) or a cyclostyle machine. Headmasters and principals' offices in schools and colleges around the country buzzed with a familiar metal-meets-paper thwacking sound as dreaded exam papers were produced, under the watchful eye of a peon or administrative assistant (usually named something like Murugan or Philomena).

The process was thus:
1. Create the master stencil by using a pen with a little toothed wheel on it that perforates the paper creating small holes under the text. For really important exams (e.g. national boards like the ICSE) the governing body would splurge on the typewriter equivalent of the same, substituting poorly typeset text for poorly written text.
2. Fill the cyclostyle machine with printers ink, attach the master stencil (whose holes get filled with said ink), and start cranking.
3. Mostly legible copies of exam papers, syllabi, legal documents, ekc. (ekcetera) are spat out, with the illegible parts written over with a pen at a later time (sometimes during the exam when students raise the issue of not being able to read the question for whom an answer is being asked).

While a novel solution to a common academic and legal problem, the cyclostyle machine had some distinct...uhh, shortcomings - the process was messy (picture school peons with their hands & arms/uniforms covered in ink), imprecise (text would get smudged as the master stencil's holes wore out), and for some Godforsaken reason the process required the use of substandard copy paper which more closely resembled paper mache produced in an SUPW class than that befitting an important exam paper. Picture your pen puncturing a hole in a soft spot in the paper precisely on the elusive 'x' you just solved for in your final exam maths paper, or your pen's ink involuntarily blotting itself on your answer that explains the dagger scene in Macbeth.

Mr. Campbell: Muthu, I have finished the second term English Literature exam paper - please cyclostyle 64 copies so that we have 2 extra.
Peon: Saar wokay saar.
Peon (20 minutes later): Saar the stencil has started smudging ink, inondhu kodthaidhiya (are you giving me one more)?
Mr. Campbell: @#$%! No time to get the cyclostyle machine serviced from Shri Ganesha Printers (Pvt. Ltd.) in Hospet, I will get Nancy M'am to write another stencil paper.

Student 1: @#$%! My Parker pen blotted ink on top of my hech where I solved the equation, now I can't tell my 'h' from my 'X' (chi).
Student 2 (pulling the nib out of a freshly made hole in his paper): Saala kutha, stupid cyclostyle paper!

Notorious Afghan gangster (The Notorious H-A-Ji?) & smuggler with ties to the Bollywood underworld in the '70s, famous for the palatial yet abandoned house he owned at the corner of MG Road and Richmond Road, across from Trinity Circle.

The legend of Haji Mastan coupled with the mysterious abandoned house caused him to take on a "bogey man" sort of quality that mothers used to scare eng bai's into doing what they commanded.

Deepak: Whose house is that, da? It's huuuge, oof!
Rohan: That's Haji Mastan's house...don't look too long macha, his bodyguards will thulp you.

Amar: Mummy, I don't want to eat this aloo mattar! Can I have some kheer?
Aunty: Beta, subji khao otherwise Haji Mastan will come for you!
Amar: Waaah. (as he finishes his subji)

In the '80s, this was THE place to be in Bangalore if you were an eng bai who liked playing dishoom dishoom video games and did not own an Atari or Commodore. Located in front of the original Corner House on Residency Road, Niki's Parlour had all the original arcade games where you could spend many paisas playing Space Invaders, Frogger, Pac Man, Missile Command, ekcetera, and then go to Corner House for a hot fudge chocolate sundae. Bindaas!

Sunil: Daddy, Daddy, can we go to Niki's Parlour?
Uncle: Finish your homework son, while I read the newspaper.
Added 2012-12-20 by Yain Maga
Add an Image
Add a Video

OP's or the Only Place used to be located at the foot of Brigade Road in the same courtyard that housed a grave stone manufacturing company and an auto repair garage, across from Opera Theatre. Known equally for their fine steaks and pies as well as for playing Foreigner (Waiting For a Girl Like You) on an endless loop, OP's was a hep spot for dates, business dinners and families alike.

Anand: I'm starving aiyo! Let's go get dinner somewhere close to Rex so we can go to the evening showing afterwards.
Navin: Let me finish this fag and we can go to OP's.
Added 2012-12-20 by Yain Maga
Add an Image
Add a Video

Usually screamed by kids playing football in corporation grounds in Tamil areas, when they want a team mate to pass the ball in between the dozens of other matches going on simultaneously. Literally "put it in the alley/crack."

Naturally this lent itself to easy double entendres by the mischevious miscreants, eve teasers and porkis of society.

Vinod (evading a bowler on the cricket pitch in front of the D): Dai! Chand le pode da! I'll make a goal like Pele!

If Harold & Kumar were porkis living in Bangalore this would be their White Castle (if you are unfamiliar with Amreeka, this is a place where you go for something to eat on late/drunken/stoned nights, that you will shoorly regret the next morning). Fanoos is a favorite hangout/timepass spot in Johnson Market for hungry late night revelers who don't question what they are eating. In the absence of a Health & Sanitation Department that govern restaurant cleanliness, rumors run rampant about stray dogs going missing and cooks kneading mystery meat with their dirty feet but the end product is like manna from heaven. Eat a jumbo(2x) or a Rambo(4x) shish kabab roll washed down by a Thums Up and be on your way. Never mind that the next morning you're on the throne begging for mercy and some Eno.

Farid: All that dancing at Knock Out made me hungry, da. Let's get some Fanoos.
Johnny: Fanoos! One Rambo roll and I'll be majaa, mene!
Added 2012-12-20 by Yain Maga
Add an Image
Add a Video

Keeping with the grand Indian tradition of referring to horrific medical conditions with casual nonchalance, piles & fistula clinics abound, dotting the countryside with their speculum wizardry and promising to reverse the downside of eating spicy carb-heavy food that tax your gastrointestinal system to the max. Aiyo!

Venu: That Chettinad chicken, sora puttu, and neyappam curry I ate yesterday has been gushing out as I sit on the throne today, yaar. It feels like I am constantly sitting on a bonda, I may have damaged my kundi!
Dr. Murthy: I see. I'm going to refer you to Dr. Mehboob's piles & fistula clinic in RT Nagar. Drink a lot of water, eat one idli and see him first thing in the morning. I will give you a character certificate and he will take care of you, cent percent.
Added 2012-12-20 by Yain Maga
Add an Image
Add a Video

Of minimal or questionable use, competence, or skill; seemingly deficient.

Babu: Why did Anil run away with all the marbles he lost?
Ismail: Because Anil is a wothalakai chap.

Jamshed: Did you have any of the sweeties uncle bought?
Rohini: I tried a few but they were all alag bulag and I am so confused.

Correct you are, Rascala! I too have used it in this context. I suspect that even in the usage above, the notion of "winging it" is present. For instance, I think the uncle who purchased the "sweeties' winged it, having assembled an alag bulag collection of the same.

I disagree. It is more prominently used as an adverb for "Winging it"
Ey macha how did you hit that shot da?
Don't know macha, i just swung like alag bulag it went... 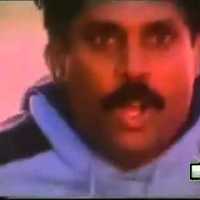