When the English language gets in my way, I walk over it.

Sheddup your mouth and put it in your pocket

When you want to add drama to a mere 'shut up!' say it like this. If the recipient of this jewel of a phrase has humour-sense, then he or she will roll on the floor and loff. And maybe commission you to write the next comedy pitcher for Yash-Raj Films.

If they dont, then rest assured that they'll never darken your doorstep again & you're rid of them for life.

Vik: Youhaventbeenwritingandimsickofyou! *catching breath* iwillNOTsendyouthesamosapediamerchandisewhenitcomesoutintwentyfiveyearsandihateyou!!!!
Me: Eh. Sheddup your mouth and put it in your pocket.
Vik: *rolling on the floor laughing*
Me: *rolling eyes upwards till they go to the back of my head*
Added 2012-05-31 by poori
Add an Image
Add a Video

Today is my Monday

Like in most religions, fasting is an important duty of a practising Hindu. Hindu fasts are undertaken for various reasons, & some are performed on specific days of the week to honour certain gods; for example, Monday is the day of Lord Shiva, Tuesday - Goddess Kali & Hanuman, Wednesday - Lord Krishna , Thursday - Lord Vishnu, Friday - Santoshi Ma, Saturday - Lord Shani.

I dont know pa. All i know is that its the first day of the week here in the Gelf where I live, & i need a pair of pliers to keep my eyes open.

Anyone can observe these fasts, obviously, but its often the lady of the house who undertakes to do it on behalf of her family members. So if you ask her to join you in a sea-food buffet at West End on a Monday afternoon, you might hear her exclaim: ''But today is my Monday!'' Its a quaint Indian usage which means s/he's fasting for _____ (refer list & affix appropriate god's name), & cannot partake of non-vegetarian food/ drinks/ whole grains/ root vegetables/ or whatever on that day.

Mrinal: I want to put drinks!
Nandini: So put no? Whats stopping you?
Mrinal: Will you Give company? I'm opening brand new bottle of Old Monk!
Nandini: Ayyo no ya! Today is my Monday.
Added 2012-05-31 by poori
Add an Image
Add a Video

Bangalore convent schools of old required you (especially at the primary school level) to mark your belongings with your name & standard. Yeach & yevry book, pencil case, school bag, scale, shoe, sock, shoebag, teabag, teabox & napkin simply *had* to have your name either written or stitched onto it. This would make it easier to find when you lost it - and yes, it was 99.99% certain that you would!

The Lord help you if articles were found *without* a name & class on it. Our usually kindly Anglo Indian misses would suddenly turn into Tongue-Lashing-Teresas, hold the offensive item up by the scruff of its neck & ask aggressively ''Who's is this nameless shameless ______ (book / pencil case/ keds/ whatever). And the chant would be taken up by the other pesky kids inyour class, which then made it impossible to admit that the lost & found item was in fact YOURS!!

Miss D'Cruz (sweeping into class, knickers all in a twist): Whose shoebag is this?? Whose? WHOSE???? Your poor mummy took so much trouble doing cross-stitch embroidery on it, who just carelessly left it in the playground?? AND its nameless shameless too (left unsaid: ''your mummy used a needle & thread for the cross stitch, couldn't she just stitch your NAME on??'')!!
Other kids chanting: nameless-shameless! nameless-shameless!
Arati: *cowering behind tiny Rachna in front of her, hoping she's not discovered*
Added 2012-05-31 by poori
Add an Image
Add a Video

Sitting together to take drinks.

Please. You cannot use this phrase when you sit and eat sadya together okay? There has to be all call involved.

Mrinal: I want to put drinks!
Nandini: So put no? Whats stopping you?
Mrinal: Give company, I'm opening new bottle of Old Monk!
Nandini: Ayyo no ya! Today is my Monday*

*means what, you ask?? Netthing doing. I'll not tell. Today you koitly go and take headbath. If you come back tomarrow i will explain.

Heard this confident declaration from a taxi driver this morning. He was giving me the location of a certain office that I needed to visit in a 43 storey tower.

Dayymn! Didnt have the presence of mind to ask him if he'd categorise a rose as a 'floor'!!

Me: Where is 'BlahBlah & Cumpny' located, bhayya?
Him: *pointing* On the second flower of this building madam.
Me: I will give address, will you send me one rose-floor for Valentine's?
Him: *blushing* Hawwww!!!
Added 2012-05-29 by poori
Add an Image
Add a Video

Chee, you porkis, chee!! All I'm talking about is an innocent photo album!

Savitri aunty: Enoondre! Bring Chandravati's wedding all bum and come swalpa.. I want to see if that kothi photographer took a picture of the lau-kapals drinking one yeLneer with 2 straws!
Babu uncle: *hiding behind door and loffing*

Conductor-speak on a BTS bus, Rrayyaa! is 'Right!!'. A typically Kannadiga slant to a word that simply implies 'okay, lets go!', signalling the driver to pull out of a bus stop once all the passengers have climbed on.

Listen closely to a Rrayyaa!. If it comes out like a war-cry, then you’ve just felt the frustrations of a man trying to earn his bread in middle-class India. There might be a personal proving of a point somewhere in there too...a show of authority where he would like to have some, but sadly, has none: over the driver, maybe, or the more affluent passengers. Over his own emotions, or the government, most definitely his wife... Some rrayyaa!!s come out really surly. Some, just lame. Many, thangod, are cheeky & full of humour-sense.

Whatever undercurrents you sense, give the sayer a wide grin, my dear samosapedians! What better reason than that he gave us this nonsense word to publish!

The Kumbh Mela is a mass pilgrimage of Hindus that takes place in the holy cities of Allahabad/ Ujjain/ Nasik or Haridwar. Rumoured to be the largest gathering of human-kind in the world. Involves a Godly tiff over a pot of nectar, dips in the sacred rivers of Hinduism, sadhus, stampedes & cholera epidemics. It happens once every 6 or 12 or 144 years, depending. Depending on what? minns, Thatandoldonask. I humbly ask sorry, but I don’t know.

Our national interest in the Kumbh Mela, however, lies not in its logic & reasoning. Our interest, my dear friends, lies in brothers separated at birth.

Instead of drumming their fingers bekaarly on a table, Bollywood pitchers decided to go all out & separate brothers at birth. I mean, whose father what goes. And the Kumbh Mela has provided the most seamless setting for this separation. The story kinda goes thus: an amazingly foresightful mother gives each of her sons one half of a locket that is split in two, & takes them on a pilgrimage. The brothers are separated in the teeming madness of the Kumbh Mela, & are raised in entirely different circumstances. One turns out good & the other bad. They finally face each other as adults, wanting to do nothing but kill each other. Which is when one spots the locket hanging from the other’s neck & understand yavrything. They tumble into each others’ arms in joy & go home dancingly.

The Kumbh Mela soon became an urban legend among engsters of our generation, providing way too many reasons to crack way too many pjs involving crowd-like situations and recognizing each other's jewellery.

But dheere-dheere, Bollywood moved on to bigger & badder things, & poor Kumbh Mela was all but forgotten..

Dont go strolling down emgees on New Years eve with your *kids* macha! Not unless they're wearing one shoe each that they can recognize after 20 years or something. Its like the Kumbh Mela out there & theyll dafffnitely get lost!
Added 2012-05-26 by poori
Add an Image
Add a Video

Just another way of saying simsimply don't put maska polish, I'm onto you.

Nima: Wah, whattay cooker you are! Your Drumsticks in Prawn Curry? Its the *best*! Cant have enough of it, yummyyummyslurpslurp!!
Jos: *arms folded, deadpan expression* Nima, Dont put soap. I stirred in Bournvita instead of tamarind paste, and forgot all about the drumsticks. God only knows how you ate it. You're just saying all this to make me forget how you yelled at me for stamping Tiger's tail by mistake this morning!
Nima: *rinsing mouth & retching at the same time*
Added 2012-05-26 by poori
Add an Image
Add a Video

So imagine you're in Kerala transacting business of some sort..selling a piece of land, perhaps, or getting your daughter admitted to Injineering College; opening a bank account or buying a sim card. Whatever the nature of your business, 99.99%, the authorities will ask for proof of something-or-the-other...birth certificate/ 10std marks card/ degree certificate/ residence proof (oh, please submit ration card for this? I *love* ration cards, they're simply the BEST!)/ death certificate/ surgery proof.. they can quite daringly ask for yanything & yavrything.

Don't let the inconvenience irritate you my dear co-brothers. You just koitly go to the nearest STD booth with your virginals, ask the chettan to place it upside-down in the large clunky machine squeezed somewhere in the corner, and out it comes through the other side: 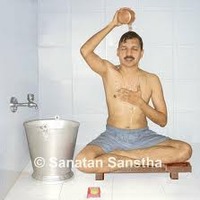