Name of Indian cartoonist charged with sedition (a British colonial era law that was used to imprison Mahatma Gandhi) for poking fun at our venal and feckless gorement.

His crime:Trivedi's cartoons depict the three lions in India's national emblem as wolves and the parliament as a giant toilet bowl. Furthermore, one cartoon titled “'69' – Favorite Position in India”, depicts 'politics' and 'corruption' as humans entwined in the 69 position.

He has been jailed and across the nation, his arrest has sparked debate about free speech and the anti-corruption movement.

India has a rich tradition of satire and subversion that dates back to the days of the Parsee Punch - an illustrated comic weekly paper published by Indians around 1854, that poked fun at the British. If the British could handle being made fun of gracefully over hundred and fifty years ago, why are our government officials bowdlerizing, marginalizing and arresting our modern day satirists who play a function so essential to the workings of democracy?

"In the face of widespread public outrage over the slapping of sedition charges against cartoonist Aseem Trivedi by the Mumbai Police, the government has proposed to take a fresh look at the 142- year-old law to prevent its misuse"

"Once imprisoned, several activists break down under bureaucratic pressure. I’m not going to succumb to the government’s antics. Charge, imprison, blackmail or threaten – I’m not giving up. My stint in jail has only motivated me to intensify the battle for free speech" 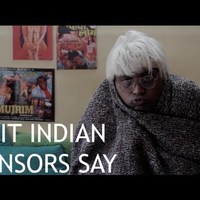 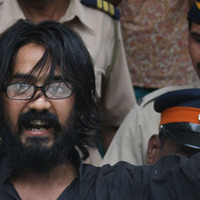