At some point being cool in the 90s in India meant listening to Goa trance and attending rave parties typically held outside the city. These raves were populated by a motley collection of Israeli soldiers, self-proclaimed Indian sadhus, angry white girls searching for meaning (see Karma Gora), rich Indians who thought it was cool to embrace psychedelia and recreational drug use as another avenue for Time Pass and a smattering of post-puberscent eng people who would be just as happy gyrating in a club to any fast music that allowed them to feel sexually and spiritually liberated.

However, now the term 'rave party' is used loosely by conservative gorement officials and brandished by morally righteous parents to refer to any gathering of young people engaging in fun and frolic considered threatening to traditional Hindu values.

Rave parties have been in the news lately as IPL players were tested positive for drug use at these parties and in a absurd lapse of judgment, the Karnataka Government threw its own rave party to boost international tourism, much to the chagrin of everyone else, as so called foreigners were found having sex and putting kai in public at the party: Check out this link..

Eng Boy 1: Hey man where should we go after Nasa closes?
Eng Boy 2: I heard there is a sakkath rave party at sambhram roost where DJ Ivan is going to play some great Goa trance
Added 2012-07-21 by Dishoom Dishoom
Add an Image
Add a Video 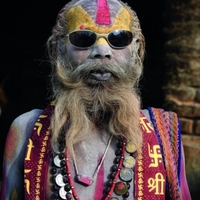