To say that Rajnikanth is a very popular actor in India, amongst its diaspora and in foreign (sic) would be an understatement.

Rajini-istyle refers to mannerisms and swagger unique to him as seen in several movies. Typical examples are - flicking a dum from several inches away and catching it with his mouth (his signature move), reverse-back flip-with-180-turn of his sunglasses as he puts them on, crossing, uncrossing and crossing his legs, 180-turn and furious stare at the camera (usually at a villain), comedy routines such as - kadvu-le, kadvu-le, kadvu-le... etc.

Ham acting by most standards these "istyles" have led to lot of thambis copying his moves and unadulterated adulation, including but not restricted to - huge (professionally organized) fan bases bussed in to watch first-day, first-show, showing aarthi to the screen, throwing ticker-tape equivalent inside the movie theater usually during the opening song, introduction-scene, punch-dialogue or item-number.

Apparently a simple, honest and down-to-earth man in real life, the cult status he has achieved in India (particularly in Tamil Nadu, South India) is incredible and has to be been seen to be believed. 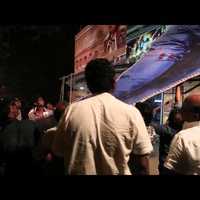 For the love of a man 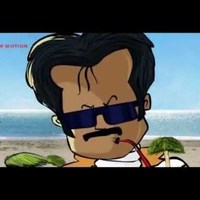 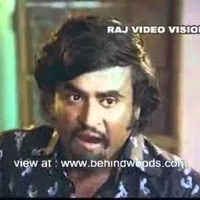 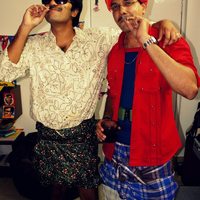