A remixed punjabi song by British bhangra artist Panjabi MC which became a massive mainstream hit after enthu cutlet Jay-Z put a verse on it.
But sadly, after the novelty faded it became a big embarrassment for Indians everywhere because the DJs all across the world played this song atleast once every night and when that happened, guru! shit went down!! All the desi guys would attack the dance floor as if they were giving out free old monk. All inhibitions would melt away as the dancing junta danced closer and closer with each other, just like in their native place.
When the music ended and regular hip hop came on then the sweaty tangled desi boys would slowly let go each others hands and sheepishly walk back to where they dropped their drinks or women and talk to each other about how India is taking over the world.
Some desis who came with only their gora and kala friends would either try to explain what the fuck just happened or simply say 'we are like this only!'

Paneerselvam - 'Listen it's just about 11, just hold on to my hand and don't panic ok? They are gonna play 'Mundian To Bach Ke' anytime now, don't worry it'll last for about 5 minutes, any questions you have I will answer on the way back to my place.
Shaniqua - uhn-uhn! No you di-int!!! I ain't goin back to ya'lls nasty ass place! 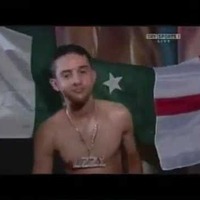 Our Man knows how to make an entry