Milkha Singh (b. October 8, 1935) is often referred to as The Flying Sikh, and is an Indian athlete who participated in the 1960 Olympics in Rome and the 1964 Olympics in Tokyo. His childhood was traumatic -- born in Pakistan, he saw both his parents murdered during the chaos following Partition.

He trained for professional athletic competition as a sprinter in the Indian army, pushing himself for 5 hours a day, in addition to regular army training.

A movie in the works, called Bhaag, Milkha, Bhaag (run, Milka, run) is inspired by his unusual life. He won medals at the Commonwealth games and the Asian Games, but the Olympic gold (200 m and 400m), which he was a favorite for, eluded him. In the 400m event in the 1960 Olympics in Rome, he placed fourth, despite having broken the Olympic record for that year.

Regarded a national hero for his contribution to Indian sports, Milkha Singh is an icon of the heady late 50s and early 60s, when Indian sports saw a promising world caliber sportsman take the stage. He was awarded the Padma Shri in 1959.

A well known joke from my childhood was the one where a firang, a gora, walks up to the great athlete sprawled out on the lawns of the stadium, taking a nap between sprints.

Also, from a recent conversation:

There hadn't been a famous South Asian sprinter of Milkha Singh's caliber for years till P.T. Usha came along. 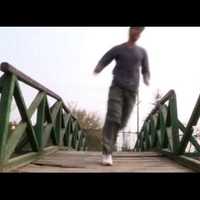 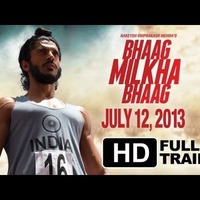