Sometimes, it's possible to simply be born at the wrong time. Here, one doesn't mean born during the wrong era, though one can wish fervently that Brian Lara could have played in the era of T20 games and minted a fortune, or have competed more with Sachin Tendulkar for cricket glory. No, one means, say, that you were born on July 20, 1982 (Prince William) or November 1, 1973 (Aishwarya Rai). Timings are everything, whether we're talking about gents timings or ladies timings. You see, both Aishwarya Rai and Prince William are mangliks, born in the condition of Mangal Dosha, which is an astrological combination that occurs if Mars is in the 1st,2nd, 4th, 7th, 8th, or 12th house of the Vedic astrology Ascendant chart. Then, gone case only. This has been proved by Vedic Science.

If you are a manglik, the angry astral effects of Mars will, according to Vedic astrology, make you a terrible spouse. You will sow disharmony in your wake. Your husband or wife might die. You yourself are virtually a walking soocide case. But wait! All is not lost. There is a cure.

If you marry a tree first, such as a Peepal tree, and then have it cut, OR marry a matka and then have it broken, the ill effects of your astrally doomed birthday are negated. Or, if you marry another manglik, the negative vibes you both exert on each other will cancel each other out. One doesn't know how this works egjactly, but one supposes that two fiery Martians experience what one can only read about in books (see kamasutra for a brief overview).

So, to summarize: two mangliks in love? Good. One manglik loving a non-manglik? Sadly, this is a formula for lau failure, unless you first find an aboreal roadside romeo, marry your dau off to it, then kill the tree. It's complicated, but what to say? WALTO.

Dishoom Dishoom: Would you marry Aishwarya Rai, even though she's manglik?
Mainmacha: Mad or what? Of course I would. All you have to do is find a tree...
Dishoom Dishoom: You do realize that she's already married, right? And that I was asking a hypothetical question? And that you continue to be a bachelor? And that your prospects lessen with every passing year?
Mainmacha: Fine, find me the tree. 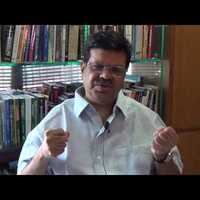 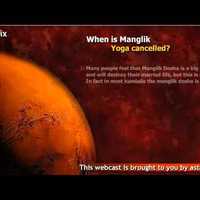 Manglik Yoga - How it affects your married life - Astrobix.com - YouTube