The Kumbh Mela is a mass pilgrimage of Hindus that takes place in the holy cities of Allahabad/ Ujjain/ Nasik or Haridwar. Rumoured to be the largest gathering of human-kind in the world. Involves a Godly tiff over a pot of nectar, dips in the sacred rivers of Hinduism, sadhus, stampedes & cholera epidemics. It happens once every 6 or 12 or 144 years, depending. Depending on what? minns, Thatandoldonask. I humbly ask sorry, but I don’t know.

Our national interest in the Kumbh Mela, however, lies not in its logic & reasoning. Our interest, my dear friends, lies in brothers separated at birth.

Instead of drumming their fingers bekaarly on a table, Bollywood pitchers decided to go all out & separate brothers at birth. I mean, whose father what goes. And the Kumbh Mela has provided the most seamless setting for this separation. The story kinda goes thus: an amazingly foresightful mother gives each of her sons one half of a locket that is split in two, & takes them on a pilgrimage. The brothers are separated in the teeming madness of the Kumbh Mela, & are raised in entirely different circumstances. One turns out good & the other bad. They finally face each other as adults, wanting to do nothing but kill each other. Which is when one spots the locket hanging from the other’s neck & understand yavrything. They tumble into each others’ arms in joy & go home dancingly.

The Kumbh Mela soon became an urban legend among engsters of our generation, providing way too many reasons to crack way too many pjs involving crowd-like situations and recognizing each other's jewellery.

But dheere-dheere, Bollywood moved on to bigger & badder things, & poor Kumbh Mela was all but forgotten..

Dont go strolling down emgees on New Years eve with your *kids* macha! Not unless they're wearing one shoe each that they can recognize after 20 years or something. Its like the Kumbh Mela out there & theyll dafffnitely get lost!
Added 2012-05-26 by poori
Add an Image
Add a Video 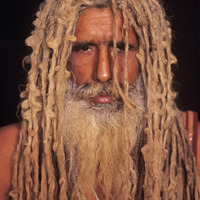 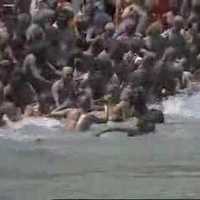 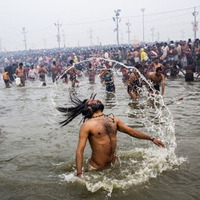