Another 'gate' has emerged since Coalgate. Basically a rich Indian family (the Gupta brothers) in South Africa took Indian wedding extravagance to the next level and chartered a private jet for their guests. They had so much pull that they got special perm to land the jet on a military base near the capital, Pretoria.

We don't find this that surprising. Our regular aam aadmi types are known to have elephants, 500 person gueslists and five thousand plates of gajar ka halwa at their weddings; so a little extra dhinchak at a rich mans wedding with Bollywood stars, government officials and privileged access to air strips is de rigueur

"The South African Civil Aviation Authority has fined India’s Jet Airways R80,000 ($8,800) after a chartered Airbus A330 carrying wedding guests from India to Sun City landed at a nearby military airport without permission and proper paperwork.

The incident has locally become known as “Guptagate” as the charter was organized by the wealthy and politically connected Gupta family, owners of TNA Media in Midrand, South Africa." 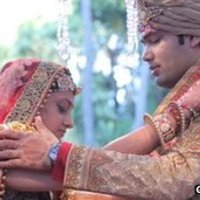