We all know what a fiasco is. But a Ford Figoso is a different type of fiasco. Neologism coined by Samosapedia to refer to an ad campaign gone terribly wrong. Has its origins in the egregious Ford ads. In one ad, three bound and gagged Kardashian sisters are depicted in the custody of Paris Hilton. In another, the former Italian prime minister Silvio Berlusconi smiles and flashes a two-fingered V-for-victory sign like a naughty indian uncle from the driver’s seat of a red Figo, while three comically exposed bunga-bunga party participants with ball gags in their mouths are bound hand-and-foot in the dicky.

Ad Executive 1 at Goafest: Hey man wouldn't it be cool to make an ad about coke where we play on the word cock and depict indian women worshiping a large coke-shaped lingam?
Ad Executive 2: Mad or what?....feels like a Ford Figosco
Added 2013-05-02 by Dishoom Dishoom
Add an Image
Add a Video 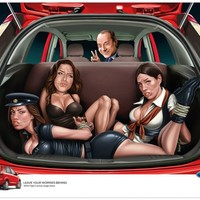 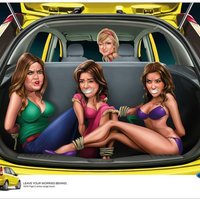