the name given to a skin care cream product that supposedly whitens skin and makes it "fairer". This product caters to a common indian fixation with being "fair"

Ryan: in the 50's American who could afford a vacation got tanned and it became fashionable.
Arun: Well meanwhile Indians go all out to make themselves fairer. How strange the world is.
Ryan: At least one gets to stay away from melanomas.
Arun: I personally like poking kallus even though in my heart of hearts I see a disapproving uncle looking down on me.
Ryan: Did he have a melanoma?
Arun: But he did poke a dalit servant of his, who also used fair and lovely. 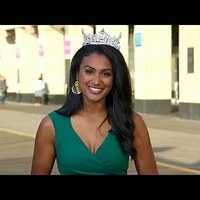