Descriptive term for a florid, loquacious and behind-the-times Anglo Indian.

Name was crystallized after a character in an eponymous show on Radio 1 FM in Bangalore. Chamrajpet Charles is a fictional Anglo-Indian character (dingo) in the old town of Bangalore, distinguished now principally by:
(i) addiction to cheap liquor IMFL in the evening
(ii) peculiar lingo featuring "Men" + "Child" as pronouns, albeit in a age and gender agnostic way
(iii) a fondness for the Old Country (originally England, but now any country where Charles can get a relative to sponsor an immigrant visa)
(iv) ridiculous opinions on matters of state and culture.

Man you should see Dominic in the evenings... Once he gets a bottle of hooch in his hand he is a regular Chmarajpet Charles! You have to pay him to shut up!!
Added 2011-06-30 by Kannadoggy
Add an Image
Add a Video 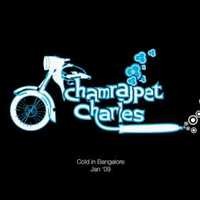