Yet another variation of that most popular children's game, Running and Catching. Literal Translation of the name : The Car keeps running

The game is played as thus : One, and only one denner is chosen from among a group of children, and the objective is for the denner to try and tag one of the other kids with his/her hand, turning the tagged child into the new den. Who then proceeds to try and tag another child out of the entire group. The game goes on till the kids get super tired scampering about. The first den is chosen with the aid of In-Pin-Safety-Pin or Inky-Pinky-Ponky.

Unlike other games though, this game is played is a small area with a big group of kids. And herein lies the catch : with so many children screaming and running about close together, the denner does not pause or show emotion when slyly tagging another kid, but continues to run, except now the game has changed : the newly tagged kid is the denner. If the other children are not alert enough, they end up missing this tagging, which must be a discreet affair (just a slight touch of the hand, no change in expression on either child's face should give away the tagging), so the identity of the denner changes swiftly without the game ever pausing. After about three minutes of play, most children have no idea who the den is, and they keep running from someone who was the den 40 seconds ago.

The game always ends with the last den identifying themselves, causing much astonishment and laughter on part of all the children. Then everyone skips off to have a nice glass of nimbu paani at some auntie's house. 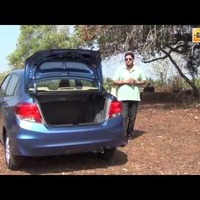