If you are a Gora and you land up in a city like Bangalore stuck in an auto or on the back of a yezdi in the sweltering summer heat and you see a sign that says Horn Ok Please on the back of a truck and adjust your soda glasses to make sure you are not halucinating and notice that its painted on each and yevry truck....and your mind boggles with a thousand questions...

No worry macha..Samospedia to the rescue. Logonathan puts on his SuperLingo hero costume and appears magically to give you this dialogue:

Explanation 3: Evil Marketing Theory
Appparently TATA launched a detergent powder called OK with a lotus symbol that they put on the back of trucks that already had the "horn please"sign on them. This became Horn Ok Please.

Explanation 4. Thatandoldonask which means just go quietly and don't be such an curious cat.

If you are still baffled then just remember, we two ours one hommie. Piss be with you.

What man duffer trying to overtake on the left ah? Are you blind or what bleddy bugger can't see Horn Ok Please sign or what child?
Added 2011-07-09 by Dishoom Dishoom
Add an Image
Add a Video

backside, we two ours one

In western countries, the huge lorries have a red light on the back with OK inscribed on it along with the sign "Horn Please". A vehicle wanting to pass this lorry is required to honk. If the passing route is clear, the driver of the lorry gives the OK light.

We two ours one

I was told that since originally all roads were 2 lanes (or less) there was a light built into the middle of the back bumper of trucks, the Driver would flash the light if there was room for a car behind to overtake. Therefore "Horn Ok Please" is to be read as "Horn Please" so the driver knows your back there and the light coincided with the "Ok" which meant when light flashes it is "Ok" to overtake... Since the introduction of roads with 3 or more lanes the sign is now redundant and the light has been discontinued, yet the signage lives on. 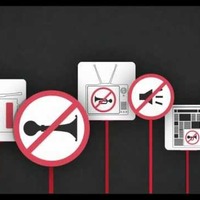 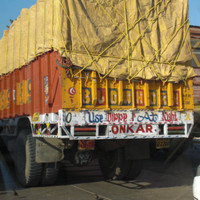 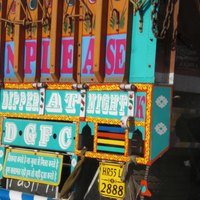 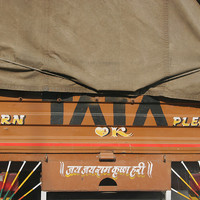