1. Term given to Indian "english".
2. English that used hindi words.
3. Hinglish is also used to describe Indian English using any Indian language as part of conversation. Words from any Indian language can be used as a part of a sentence or slang.
4. Also used to describe English as it is spoken by Indians who have lived or live on the subcontinent. First generation NRIS cannot speak hinglish though they can aspire to do so.

Pintu: Dai porki paya loafer naan maga, come off to the bleddy club man and lets put some sapad followed by some kutti pi at my thathas house.
Arthur: Stop speaking hinglish and switch to ENGLISH please.
Pintu: Lets go to the club you wandering urchin child, my child and lets have a meal followed by some goat fetus at my grandfathers house.
Added 2011-08-03 by porkipaya
Add an Image
Add a Video 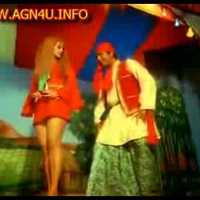